Led the construction of an analytic platform capable of ingesting and indexing petabyte-scale data and reducing query latency by a factor of 10.

Integrated and deployed data storage from lightweight in-memory data stores to massive database clusters. Using hybrid solutions, we leverage the pros of the latest technologies available while minimizing the cons.

Led the modernization of a large identity management and credentialing portal, supporting single sign-on via SAML and OIDC-based flows, and the integration of Multi-Factor Authentication in support of NIST 800-63-3.

Led the implementation of various deep learning analytics that ran on very large datasets on data from different modalities. Scaled out analytics so that they could be run in a cloud native environment and optimized them to improve inference speed at a very large scale of data.

Codescratch was started by a team of engineers with a shared vision of software development in which rapid feedback and common sense are favored over ironclad blueprints and unquestioned processes. We understand the value of a solid upfront design, but also accept that evolution is a natural part of the software lifecycle, and should be embraced, not fought.

We leverage our technical strengths to construct an optimal solution to any problem, no matter the scale. We take pride in our craft, keeping current with software trends so we can choose the best tools for the job while avoiding overhyped fads embraced by others that may endanger the long-term maintainability of your application.

Codescratch is comprised of 100% technical engineers. Founded by technical leaders who understand the best and the worst aspects of traditional contractors, we’ve put together a model to provide flexibility and benefit to our staff.

How We Do It

With a passion for software engineering and development, careful attention to the customer’s needs and priorities, and leveraging our experience and knowledge of the right tools to make the best call for any tough situation. 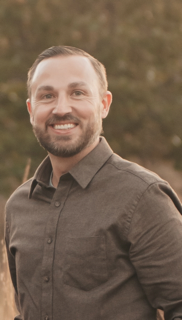 Craig is a renaissance technologist. He is a true full-stack developer, developing UIs, APIs, backend distributed processing software, and has leveraged CM solutions to deploy cutting-edge technologies and infrastructures. He has evolved into a developer not always looking for the latest shiny technology, but the correct stable technology that still will push the envelope as to what is possible. He has contributed to open-source software and a variety of technology publications. He also made a failed run at being a chicken farmer; fortunately that has nothing to do with his day job.

A believer in the pursuit of the sweet spot between "tried and true" and "insanity," John mocks NoSQL solutions while people ask why he's standing on his head. Not always rational, he has a tendency to employ his kids' toys to assist in running standup meetings, comes up with inside jokes that no one else understands, and is perfectly happy to tackle a project entirely outside of his wheelhouse if confronted with the magic words "come on, you've got this".

There is method to the madness. John has personally led projects including an embedded wireless scanning and satellite exfiltration solution, a large-scale web API for data retrieval and user feedback loops for ML-enabled analytics, an insider threat detection application using operating system event data, and has scoped and provisioned various AWS infrastructures to enable OTA hardware updates, aggregate user metrics, and host web applications. He's also PMP certified, managed to pick up a Master's degree in Computer Science from the University of Maryland, College Park, and somehow convinced relevant authorities to allow him to jump out of airplanes solo and even perform electrical work. 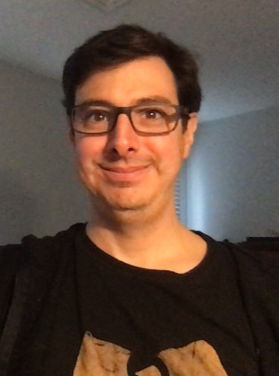 Shaun is constantly trying to find the engineering elegance in simple solutions for complex systems. He has spent his career designing, debugging, and coding complex large scale systems solving a variety of problems in many sectors. He’s taken ideas from inception to implementation and reworked existing software solutions to meet new customer demands. He views himself as an integrated member of the team and not just a hired developer. If he ever prefaces a sentence with “last thought” know that is never his last thought. 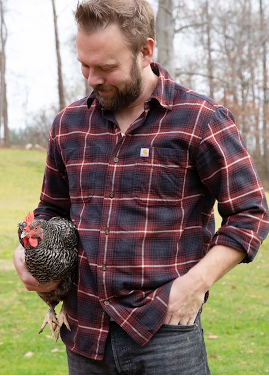 Chris Dobbins has enjoyed over two decades of professional Software Engineering experience developing solutions for customers, from custom desktop or mobile applications, web apps, distributed web services, security solutions, analytics, data migrations, and more. A youth spent tinkering on the family PC, recreating some of his favorite childhood games such as Arkanoid, Tetris, and Checkers (with an AI opponent that he could no longer defeat), led him to persue a BS in Computer Science from the University of Maryland, and to a career dedicated to applying his passion to solving customer problems.

His drive to understand and improve how things work both in the physical world and in his daily engineering work leaves him equally satisfied rebuilding an engine in his garage at home, prototyping a bare-metal Kubernetes cluster out of Raspberry Pis, or architecting a new system for an industry partner, something for which he feels truly fortunate to have found his calling. Lastly, he has proven to be a much more successful chicken farmer than Craig.

Codescratch is a best-in-breed company whose growth is based on our reputation and our customers’ trust in our brand. Attracting next-level talent requires next-level compensation and benefits. You have choices, and our goal is to be the obvious one. No tricks.

Working for customers in the Intelligence Community provides some of the most interesting and inspiring work available. We’re always on the lookout for opportunities where our engineers can make a significant impact to the mission, while also enabling them to continue to grow their careers.

Join Codescratch. Fill out the form below, hit submit and we'll be in touch!

We provide a 15% 401(k) contribution for every hour you work. This is not a match - it’s a company profit share contribution, regardless of how much you choose to contribute, if any. And there’s no catch: you are eligible from day one, there is no vesting schedule, and you’ll find industry-low fees with our Vanguard provider. Want to put your nest egg on a rocket? Join Codescratch.

Health Insurance that Pays You Back

Our health care, dental, and vision plans are provided by CareFirst at various levels of coverage. We also provide an HSA with self-directed investments to leverage triple tax advantages. But that’s not the good part – Codescratch contributes 12% of your rate to a benefits pool to pay for all of it. Don’t feel pressured to use it - you get paid out for every dollar that you don’t use, in every paycheck.

Just Say “No” to Pandemics

Feeling under the weather? Stuffy nose? Completely lost your sense of taste and smell? Feel free to keep that stuff out of the office. We provide an additional 5 days of time off per calendar year to spare the world from spreading horrible diseases.

It takes a good engineer to know a good engineer. Codescratch is more than happy to pay you a generous referral bonus for a hire that exemplifies what we’re looking for when we say “only the bestest.”

The Best of Times

We like to have fun. So we throw fun events! Whether a jazzed up holiday party, casual happy hour, or online gaming sesh, we keep things light-hearted.